First of all, I’m glad that Meek Mill dissed Drake, because we got 2 new Drake tracks out of it. Secondly, I’d like to point out all of the virtual ham being served by the social media accounts of various corporations.

I’d say that nobody is going to do better than Whataburger in this *ahem* beef. Give your social media manager a raise. 64k likes from a fast food account is no joke at all. And I can’t get over how genius the chicken fingers/twitter fingers was. Hopefully I’m able to come up with something like that during my social media career.

My opinion of this whole beef? You can’t touch Drake. I tweeted it myself earlier. Meek Mill has been made so much more relevant for Drake even acknowledging him. His plays on Last.fm have QUADRUPLED since the beef started. You can attribute that to the release of his album, but even still, the most popular song off of that album has ALWAYS been RICO, the song that Drake features on!

Meek Mill is so irrelevant that Drake quadrupled his listeners. I’m not going to be fooled into listening to him. pic.twitter.com/ELDR17jVDV

Even if Drake didn’t actually win the beef (He did, Back to Back was a caught body from the album art of the Jays beating the Phillies to the actual track itself) There was no way that people were going to admit that a middle-tier rapper put out a better song than DRAKE.

The author of this article has taken The Rap Test, and was only able to complete Drake’s portion of the test.

Not that I’m really cool or interesting enough to have a vlog, but I have a pretty expensive webcam, a sleeping problem, and I’m also a huge narcissist, so expect plenty of these.

There’s Nothing Wrong With The Olive Garden

But sometimes, you just want to stuff yourself and not pay $40 for your meal. People like to shit on The OG because it’s not real Italian food, and that’s some bullshit because I know you’re stuffing your stupid fucking face with Chipotle or even worse, MOE’S. Moe’s has no flavor. There’s no seasoning on that shit, there’s nothing Mexican about it.

You know what THE OG’s got? UNLIMITED BREADSTICKS AND SALAD, THAT’S WHAT THE OG’S GOT. If you don’t fuck with the OG, I don’t fuck with you. Because I’m gonna eat 2 plates of salad, a few breadsticks with alfredo dipping sauce, and a $15 entree, and I don’t care if it was made by a guy who’s seen the Leaning Tower of Pisa before. And if I want more, I can get more. The OG doesn’t pussyfoot about like when they offer unlimited pancakes and never come back to your table (I’m looking at you IHOP)

Everything has a time and a place. Sometimes you’re on a nice date and you want to splurge $150 on a meal. It’ll taste way better, and the waiter will probably pronounce it “mootzarelle,” I understand. I don’t recommend taking someone you’re trying to impress to Olive Garden. I’m saying that you should stop hating on me for liking unlimited breadsticks. It’s cheap food and it tastes good. If you don’t agree, don’t you dare fucking talk to me. Eefje Depoortere (That’s If-ya Duh-port-ter-uh) might be a mouthful to pronounce, but her profession might be even more mindboggling to the average person. Eefje, better known by her nickname “Sjokz” is the host for the European League of Legends Championship Series. She serves as the Ryan Seacrest of the video game world, standing in front of multi-thousand people crowds and millions of online viewers to introduce, interview, and provide analysis for professional League of Legends.

Sjokz is 28 years old and from Belgium. Her native language is Dutch, but speaks nearly accentless fluent English, serving as the host for the past few World Championships (that sold out Los Angeles’s Staples Center in a single hour!)

And although she’s certainly pretty, that’s not all she’s there for. Sjokz knows her stuff about the game, has played at a Platinum level and has occasionally provided some really good analysis on the LCS’s sportscenter-like desk. 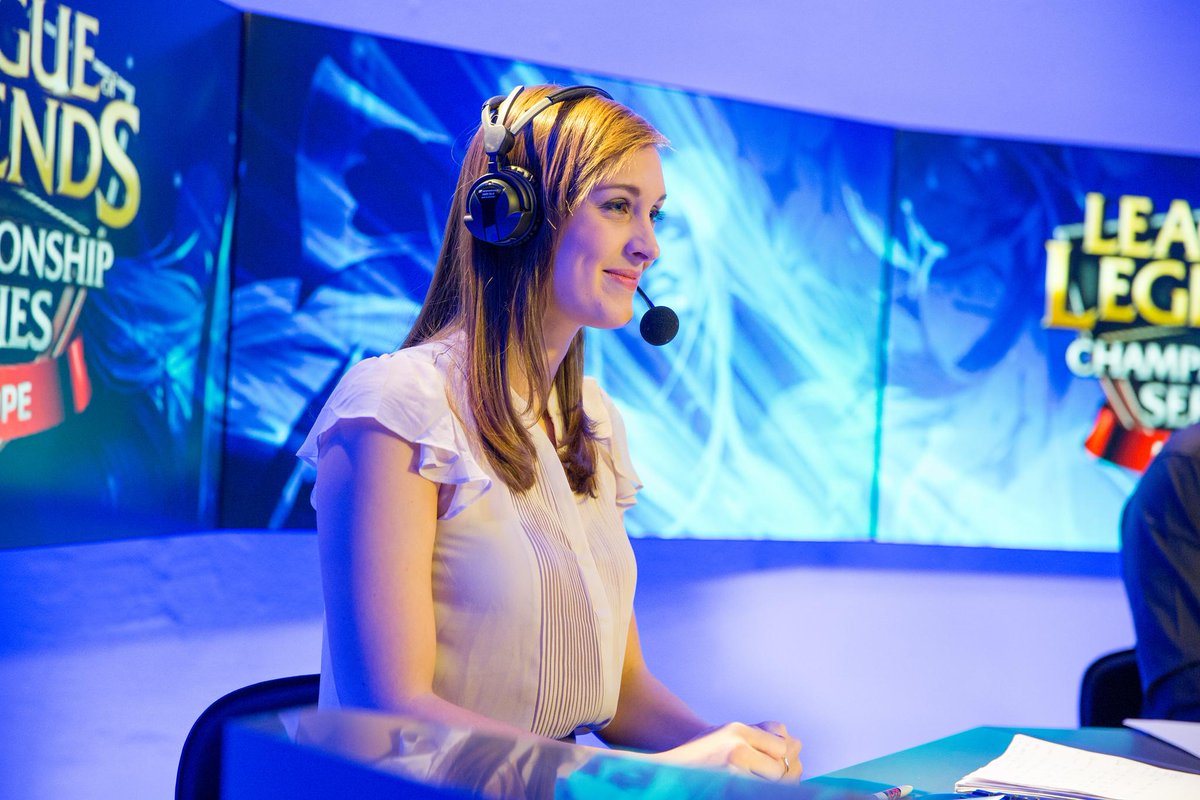 Spanish star xPeke is one of many players who gets flustered around her, and it’s very, very hard to blame him. 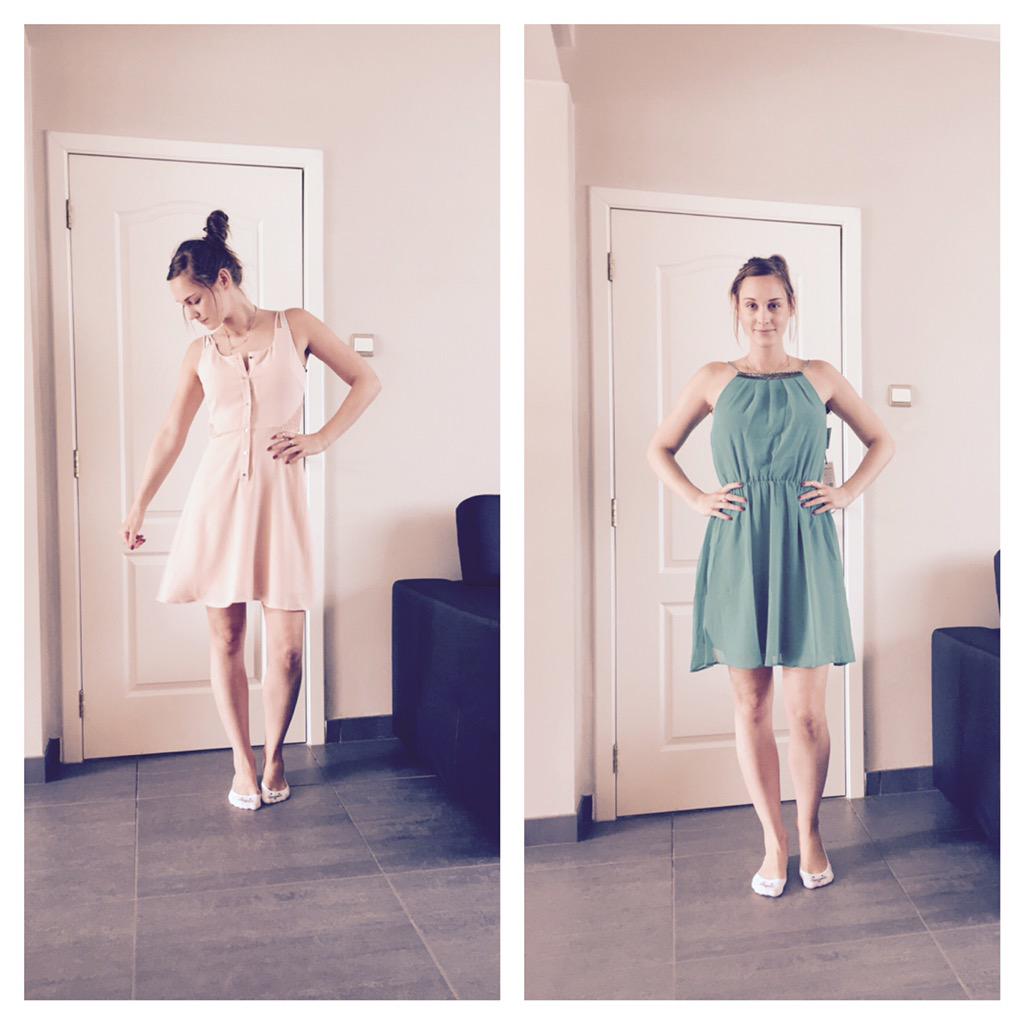 If you haven’t noticed, your browser now says we are at staybreez.xyz! I’m pretty sure the old link to the main page should redirect to here, but I think links to individual articles on the x10.mx domain are probably all broken. The domain cost a grand total of $1.18, and will last us a year if I don’t renew it.

So you probably noticed that Tay and I (well, mostly me) have been posting videos and stuff with not that much real content lately. I’m working 2 jobs, and Tay is actually incapable of writing anything better than her Chris Pratt “Man Crush Monday” article. So obviously the two of us aren’t really going to be able to keep up with our hashtag of the day posts, but I do currently have plans for #WCW tomorrow and some music and stuff I can write about even though TODAY is tune tuesday and I missed it.

So some upcoming things for Staybreez:

If  you told me to list all of my ideal physical features in a woman, the end result would be Tinashe. With caramel skin, an absurdly perfect body, and a fantastic singing voice on top of that, Tinashe has been killing it since 2011. A little known and unexpected fact is that she has written and produced a lot of her own music as well as her music videos. That’s right, a beautiful girl with singing and performing talent also knows how to work magic in Pro Tools, Final Cut, and Logic Pro, skills which she attributes to YouTube. It’s truly unfair that Tinashe exists.

I wrote about Pitchfork Music Festival 2015 over at Karmaloop’s blog and it was just as exciting as I thought it would be. CHVRCHES was probably the band I was most hyped about seeing, and especially because they were performing a few songs off of their new album to be released this fall, Every Open Eye.

Leave a Trace was by far my favorite of the new songs. Listen to Lauren Mayberry’s voice kick into gear at :47 for the chorus of the song. She’s got such a powerful voice, and her stage presence has really improved since back in the day when she kinda just stood there and sang.

I might be more excited for this new CHVRCHES album than anything else dropping this year. Check out the live performance of Leave a Trace below!

Chris Pratt takes “I can’t even” to the next level.